When Alexander Graham Bell, often credited as the inventor of the modern telephone, made his first call, he probably had no idea that one day, most people would carry a version of his device in their pockets everywhere they go.

He probably also had no idea how annoying it can be when you’re speaking to somebody with a cold and you have to hear them cough, sniffle and snort directly into your ear.

We’ve all had those irritating telephone conversations, whether it’s being forced to speak that distant relative who always mumbles, or that colleague who’s heavy breath sounds like Darth Vader on the phone.

But according to our nationwide survey, the most annoying telephone habit is when the caller decides to simultaneously have a conversation with someone else in the background. For a huge 43% of British people, this is the number one pet peeve!

The UK’s most irksome phone habits are:

For Simon, a writer from Kent, the most irritating thing is being called outside of his working hours: “I work freelance so I don’t work the traditional 9-5 hours that most do. Because of this, people seem to think it’s acceptable to call me at odd hours of the day. This is especially annoying when it’s not even an important issue. Calling first thing in the morning to ask a simple question, really? And then they sigh deeply when the answer they get at 7am isn’t what they want to hear!”

London engineer James’ pet peeve is people chewing his ear off… literally! “I have one client who always seems to call me when he’s eating an apple. He probably doesn’t even notice it, but it’s happened more than a handful of times now. It’s like he’s literally chewing in my ear. Infuriating!”

While some of these might seem like minor complaints, poor telephone etiquette does have an effect on us, as a quarter of British people (26%) admit it makes them zone out of the conversation. Some sneaky people (11%) even mute the call so they don’t have to deal with it, while, more drastically, a huge one in five of us (19%) will immediately hang up when speaking to somebody with poor phone manners!

That said, British politeness ultimately wins the day, as one in three (30%) say nothing at all and just put up with it.

But who are the worst culprits for bad telephone manners?

Ironically, it’s the professionals, according to our survey. For 42% of respondents, it is the likes of sales callers and receptionists – people who make a living by speaking on the phone – who have the worst phone etiquette!

This is supported in the research, as people in sales are also most likely to hang up immediately when they speak to people with bad telephone manners (28%) – even more likely than business owners and directors (25%), crushing the stereotype of brash, no-nonsense bosses.

The opposite is true of retail workers, of which two in five (40%) just endure those irritating conversations. When it comes to straight-talking finance workers however, almost half (48%) will interrupt and tell it like it is, letting the caller know that they’re being annoying.

To make sure we stay on the right side of the etiquette line, Jo Bryant, Jakemans etiquette expert shares her tips on how to make the most of your phone calls.

• Listen carefully. It is tempting to get on with other things while you are on the phone, but you should give the other person the same attention you would if talking in person.

• Don’t interrupt. Be sure the other person has finished what they are saying before interjecting; conversation is a two-way, considerate process.

• Make the right impression. Answer the phone in a positive manner, and always seem pleased to hear from the other person (whatever the truth).

• Be prepared. If you are suffering from a cough or a cold, be sure to blow your nose or have a cough sweet before you make a call. Excessively sneezing, sniffling or coughing down the line can be off-putting and distracting.

• Be aware. Making a phone call in a quiet public place is intrusive to others; similarly avoid talking on the phone on the train, bus or other crowded places where you can disturb people.

• Be social. Avoid making calls or checking your phone in social situations, for example in a restaurant, at the pub or even when someone else is just trying to talk to you. Give the real-life person priority over your handset.

As a telecoms company, we’re all about communication. So hopefully these tips can help you make sure that when you’re using the telephone, you’re doing Alexander Graham Bell, its inventor, proud!

Introducing Roam Like Home; What is it and how does it help? 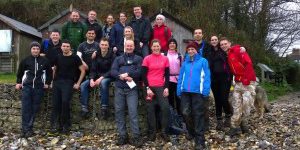 BlackBerry: Is a $423m loss progress?