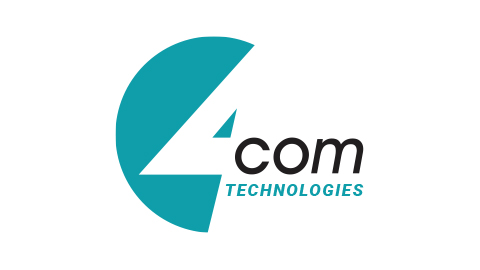 One of the more striking financial statements to be released recently was that of BlackBerry, who announced a $423 million loss for their fourth quarter. At first glance, naturally people would think these figures would be of serious concern to BlackBerry CEO John Chen, but he was optimistic about the outlook for his company. This is perhaps understandable when the result is put into a better context of coming from a $4.4bn loss in the previous quarter. Analysts have noted that the smaller than expected loss should mostly be attributed to a reduction in the company’s spending, as their revenues for the quarter were $976m, which was less than the anticipated $1.1bn.

Where have BlackBerry Struggled?

As part of our business phone systems, we offer a range of mobile options, including those from BlackBerry, which puts in a good position to share what influences our customers’ choice when it comes to mobiles. Clearly, selling individual mobile phones has been one of BlackBerry’s key weaknesses, as highlighted by the fact that unsold units of their latest Z10 smartphones cost the company $934m over its past financial year. So why are people steering away from BlackBerry mobile devices? We turned to our Business Mobiles department for insight into some of the key areas:

There’s an aesthetic element in which BlackBerry still lags behind its rivals such as the Apple, Samsung and, more recently, Huawei. Matt Lucas, 4Com’s Mobiles Manager added, “There’s no getting around the fact that people want mobile devices that look good, and BlackBerry has fallen behind Smartphones from both Apple and Samsung to name just two. The design then influences the user experience and we’ve heard people saying that even with the newest Z10 they find it hard to use.”

BlackBerry lost a step in their development of the BlackBerry OS 10, which is now the only mobile operating system to be losing money year-on-year. Guy Adams, 4Com’s Mobile Co-ordinator commented, “Operating systems such as Andoid offer a more familiar interface for users. For any company to convince someone to switch devices is a challenge, but if it also involves learning a new OS, that switch becomes increasingly difficult, particularly when BlackBerry’s has received a largely negative press.”

Linked to the Operating System issue, is usability, in that we are seeing an increasingly App focussed market and, unfortunately for BlackBerry, there are a number of Applications which aren’t available on its platform. Equally, given the lack of success of the Blackberry 10 Operating System, it’s reasonable to suggest that the industry won’t be rushing to develop for the platform, so this situation is unlikely to change anytime soon.

Is there a way back?

Understandably for a man in his position, John Chen was optimistic about the outlook for his company. However, given the difficulty BlackBerry has had shifting the Z10 model, their future may lie elsewhere. The continued multi-device success of BlackBerry Messenger (BBM) continues to give the company hope, whilst other business units such as its server business will also be relied upon to bring the company back to profitability. In terms of the mobile industry, BlackBerry’s turn towards the lower cost handset in developing markets will be interesting to monitor, but for now the door seems to be closing on its once dominant marketplace.

Do you have a phone voice?